I think companies love me because I’m basically their ideal consumer. Some disposable income and limited self-control when it comes to pretty packaging. I’m also still trying to figure out if this is going to be a regular kind of post that needs to be named so “thing talk” is just temporary unless I actually can’t think of anything new. In which case, I put a lot of effort into this naming and you can go ahead and endorse my creativity on LinkedIn.

Here are some of the things that I’ve purchased in the last while: 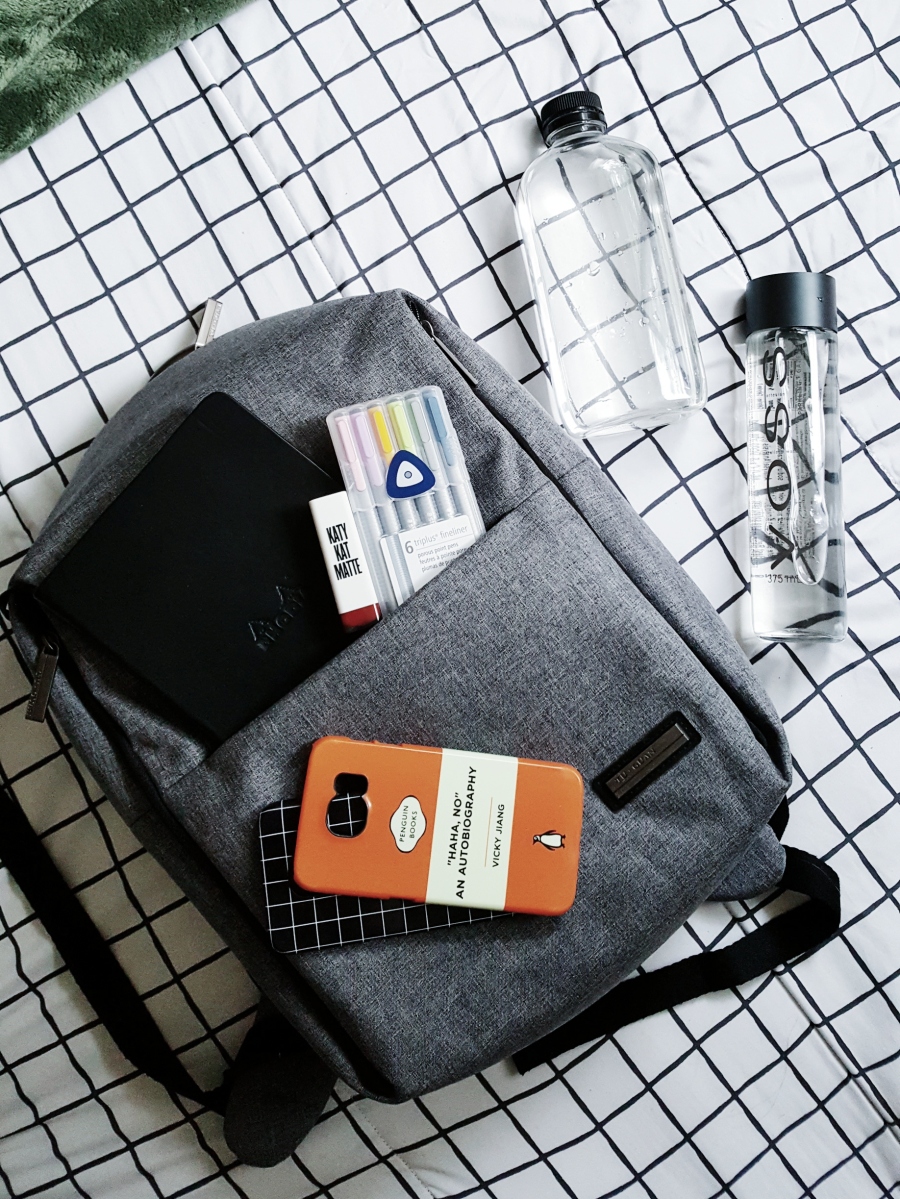 Grey backpack – I generally don’t have backpacks for school or work, choosing instead to rely on my many shoulder bags or totes. It usually isn’t an issue but this term I decided I wanted to bring back support back into the game. I got it from Amazon (link here) and so far I’m really loving it. The texture of the fabric is really nice and the backpack is slim but still pretty roomy!

You’ll notice that I have 2 water bottles in the picture – that’s because I’m materialistic and trash. I really liked the Voss glass bottle so I picked that up on impulse the other day (as my boyfriend watches and shakes his head in dismay). The bigger one is just plastic but it looked really aesthetic when I first purchased it. It was cucumber/lemon/lime/mint water from Zehrs and you probably can’t judge me more than Jill already did.

Rhodia dot notebook and Staedtler fineliners – I’m a giant sucker for nice stationery and writing tools. I’m giving bullet journaling a try because as much as I love digital, there’s something really satisfying in writing things down.

Katy Kat Matte lipstick – 1000% bought this because of the packaging. Also because I love matte lipsticks. I haven’t even given it a try yet – that’s how trash I am. 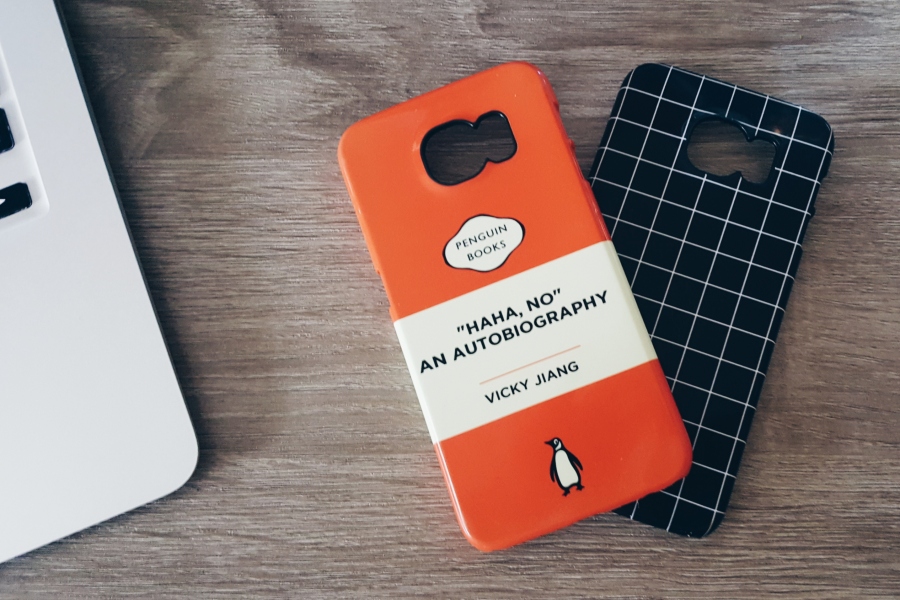 Phone cases – I’m super in love with these cases and not just because one of them has my name on it. There’s a third that is also a Penguin Books themed one that’s on my phone and says “7 Habits of Those Damn Millennials”. The Etsy store doesn’t seem to have them listed anymore but there are some other really nice designs!